If your ears feel blocked after a cold or flu, or perhaps you have to have your ears regularly syringed, try ear candling as a natural alternative. Nearly all my clients have felt their ears improve during the following 24 hours after a treatment.

Hopi ear candles are named after the native American tribe who first introduced this therapy to the West. The Hopi nation are renowned for their extensive knowledge of healing and their spiritual lifestyle. Translated Hopi means “peaceful ones”. Ear candles have been used widely throughout North America and Asia and although the current treatment has come to westerners from the Hopi tribe, the use of ear candles to treat ear problems has been known for centuries. Ear candles have been used by Egyptians, Romans and Greeks.

Soul Essence only uses the original BIOSUN Hopi ear candles which are medically approved. Increasing numbers of people in our culture have enjoyed and benefited from the pleasant effects of this age old Indian Relaxation Ceremony to calm the mind and soothe the head and ears.

Ear candles may not be the first thing that you think of to treat ear, nose and throat problems. However, the people of Asia and North America (as a spiritual and healing remedy) have used them for centuries. In Europe the candles are used to help many ailments, including;

Despite the name, the ‘candles’ are in fact hollow tubes made in the traditional Hopi Indian way by using a combination of herbal extracts such as Sage, Chamomile and St. John’s Wort, which are blended in honey, organically grown linen and beeswax.

You do not need to be worried about being burnt. The candles have a filtering system and no residue can enter the ear. You will feel a warming sensation but the effect is gentle and relaxing.

During an ear candling treatment also known as Thermo-Auricular Therapy, the candles work like a chimney effect when lit (heat and air current flow), causing a mild suction action. The mild suction and the heat of the released vapours circulating inside the ear gently massage the eardrum. The mild heat stimulates the blood and lymph circulation boosting the immune system; therefore boosting the body’s natural cleansing action, finally regulation of the pressure within the sinuses. Earwax is softened and can be removed up to 48 hours after treatment, eg it is naturally expelled in the shower or on the pillow in the morning

Many people report an immediate release of pressure in their head after just one treatment session, although; depending on the condition, a number of sessions may be required to ease an ongoing problem fully.

A session begins with the therapist asking questions relating to your medical history. The candle is lit and placed gently but firmly in the ear creating a seal and is held in position. The heat from the flame creates the mild suction which helps even the pressure in the sinuses. As the candle burns the ingredients of the candle vaporise and circulate around the outer part of the ear. This draws out impurities and promotes the natural release of excessive earwax from the ear canal. The vapours are inhaled through the nose and into the lungs, where their therapeutic properties are circulated around the body via the blood, many of the constituents of the candles have properties that calm and soothe the nervous system, also having the effect of lifting depression and promoting a “feel good factor”. The candle is removed when it has burnt down to the required mark. The client may hear a crackling sound and experience a warming sensation, but neither is unpleasant.

When the first candle has been removed, the procedure is repeated for the other ear, even if only one side is causing problems, both ears are always treated to ensure balance is maintained.

Finally, there is a facial massage to improve circulation and energy flow to the area. Each treatment takes about 45 minutes to an hour. After the massage, the contents of the candle residue is examined as a guide to how many treatments are required.

This site uses Akismet to reduce spam. Learn how your comment data is processed. 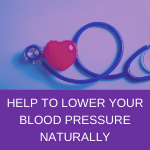 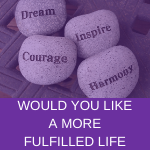